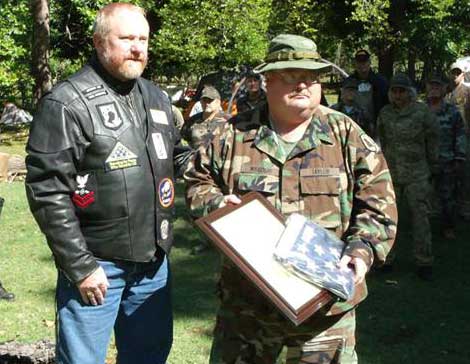 Major James Edward Taylor passed away and we at the Missouri Militia mourn his loss. He honorably served his country and state through his years in the U.S. Army and Missouri Militia. Ed recently received a Missouri House Resolution for his service.

He was a true patriot who put 110% into growing the 8th Brigade and serving the people of Missouri. Maj. Taylor participated in deployments to Joplin after the 2011 tornado and also to Waynesville after the floods in 2014. He will be deeply missed and we will honor him by continuing to carry on our service to state and community, Rest in peace our friend until we meet again on Resurrection Day.